We are not a grocery store.

Last year, we made an effort to turn our meat store into a bit of a grocery store. That effort certainly hasn’t been a bust, but it hasn’t been the success we had hoped either. 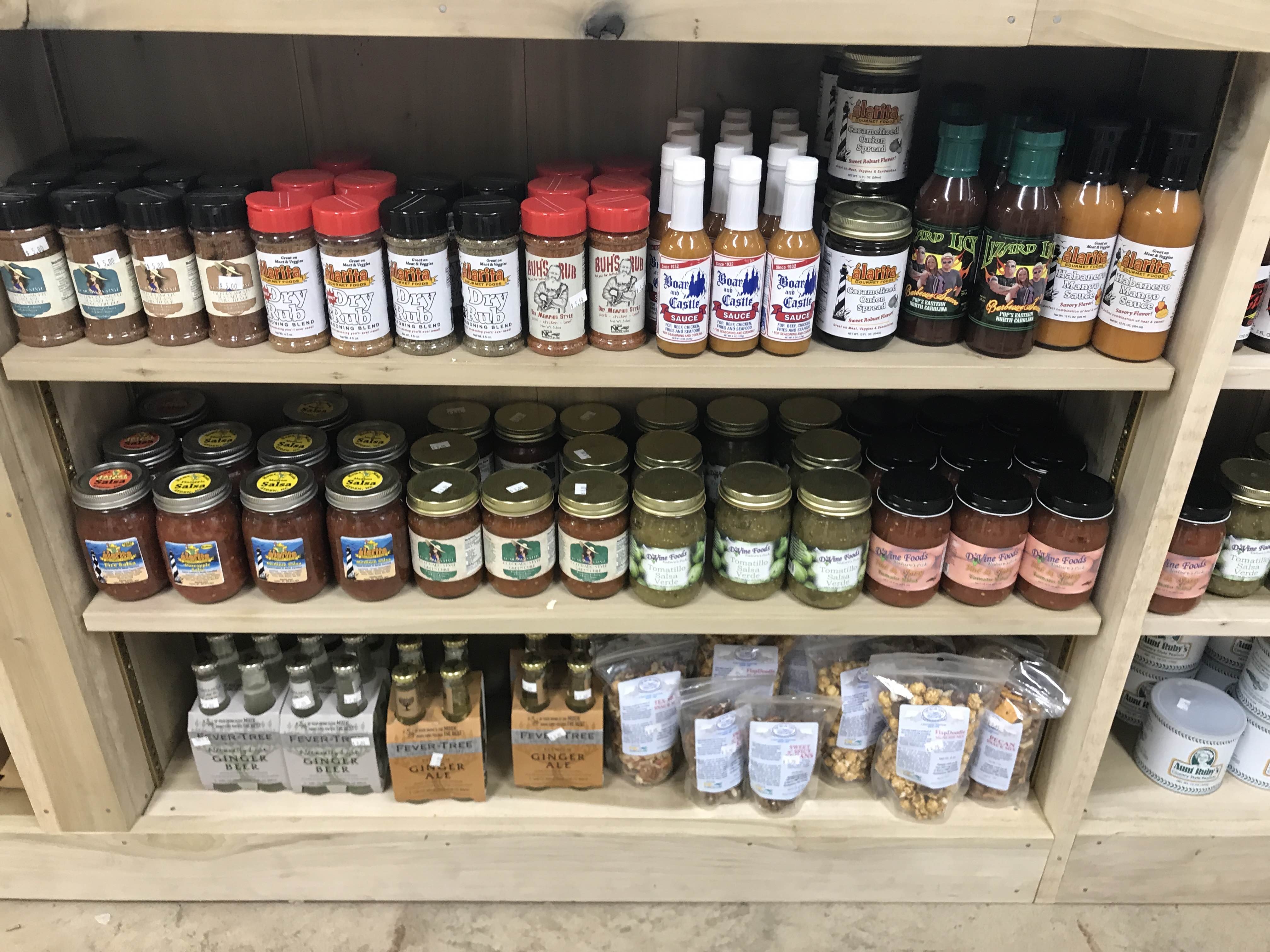 People come here for meat. Meat that is ethically and sustainably raised. Maybe they get some salad dressing, maybe a rub for their roast, but by and large they stock up on meat, look around vaguely, and are out the door. While some things are now on continuous reorder like our cheeses and our chips and salsa, we still have the initial orders from summer of some of our products sitting here. That’s enough to last about 30 minutes on pig day. Six months later, we’ve sold maybe two or three. At the same time, we’ve sold thousands of pounds of meat.

So does this mean we are going to drop all non-meat items from the store? Oh heavens no. The reason we pick the things we do is because we eat it in our own kitchen, first and foremost. We don’t sell things we don’t like and use. Also, we have some items that are definitely popular so those will stay as well. But we are phasing out some items, and will be much slower to bring in new items in the future. In 2017, we were effectively wide open on bringing in new stuff if it met the criteria. In 2018, we’ll simply be more selective.

It seems that each year we’ve expanded the store in some way. In 2018, I don’t see the need to expand. If anything, we may have a touch too much shelf space as it is. What we could do is a better job of merchandising the products we have in the store. Put simply, items that are displayed at eye level move well. Items that are displayed at knee level may as well be invisible. We have a lot of knee level shelves and not enough eye level shelves. Something to look at going forward.

When we sold off 80% of our pork, it was like we suddenly went on vacation. Just running a 50 cow and 40 pig operation was peanuts compared to the 135 pig and a 50 cow operation. We are actually getting ahead on the to do list, rather than constantly being behind. I’m not sure that 40 pigs on the ground isn’t too many and I’ll take a harder look at that going into 2018. We may drop back to 30.

Despite such a drastic reduction in pork production, we are still more than stocked up in the store. Customers have no idea we’ve reduced our headcount based on the freezers. Reducing our pork production has been the single biggest positive step we’ve taken in 2017. I know it was a good idea because now I wish we’d done it in 2016.

And for the rest, see our last post in this series.