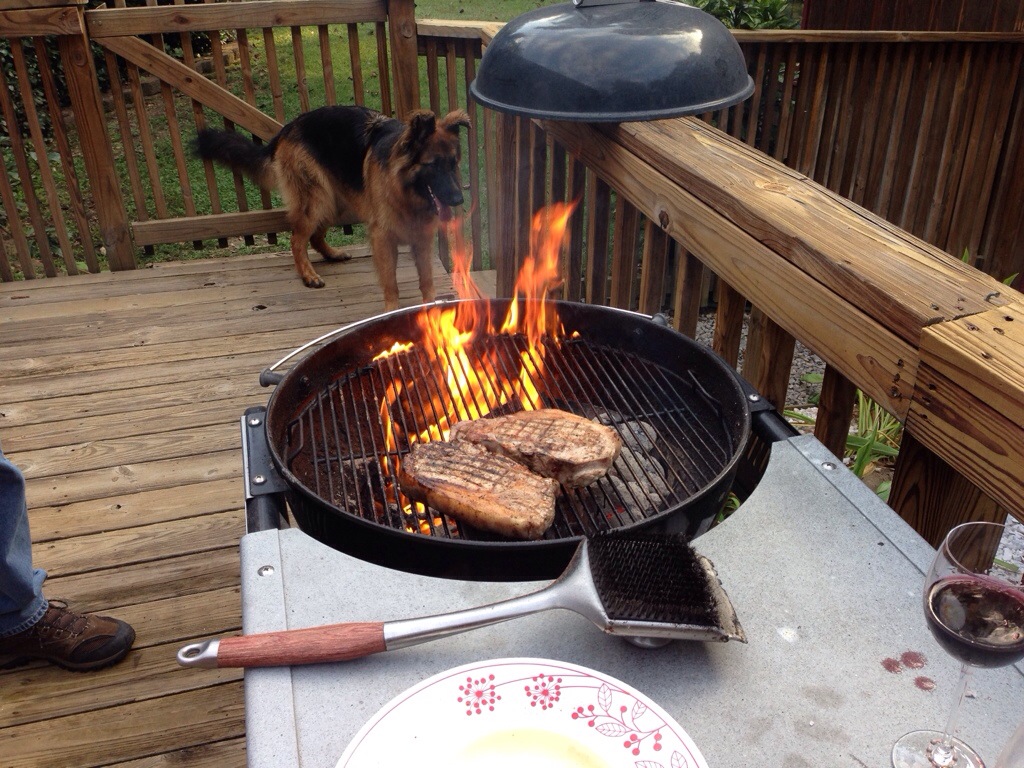 I picked up the pork from the abattoir and had a mad scramble for freezer space. Luckily Bar-b-Jew showed up and reminded me that I do in fact have a walk in cooler and we could simply park the pork there till we get everything sorted out. Dope!

Once the mad scramble was over it was time for the obligatory test chop. The grill was fired, the vino was opened, and much revelry was had by all. And the verdict? 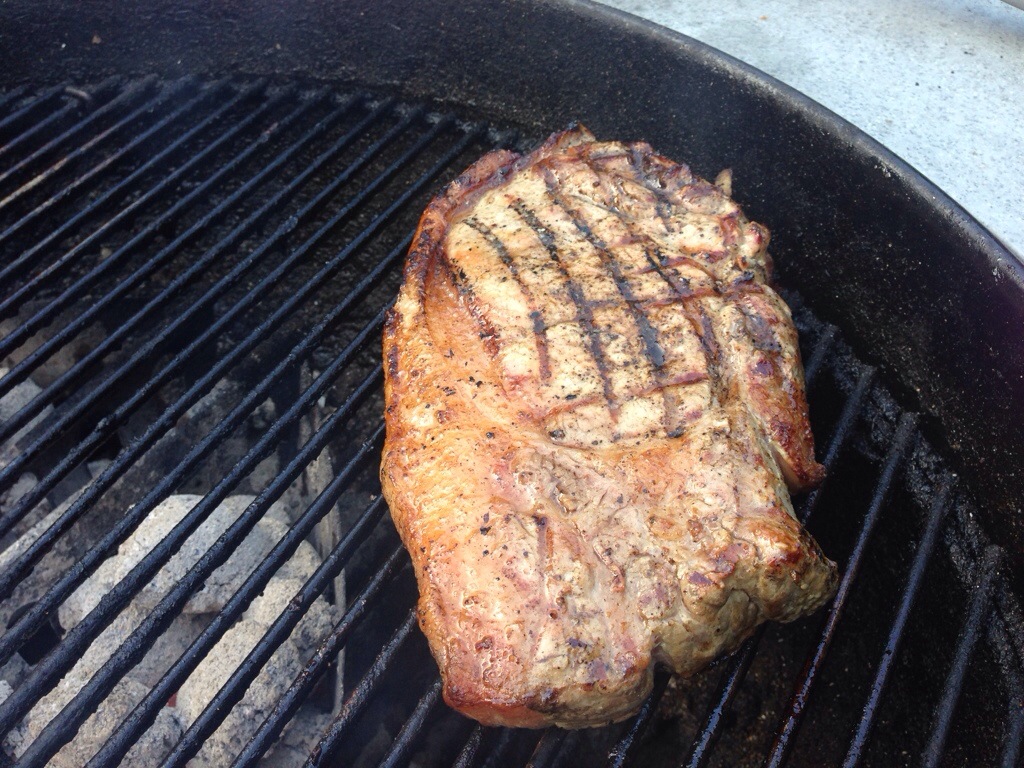 Woo hoo! We have a winner. We were testing for “boar taint” and there was absolutely none. We are still keeping the boar meat separate from the gilt so that we eat it ourselves and sell the meat with no possibility of taint. The pork chop was HUGE. My neighbor stopped by and asked what we were cooking and thought they were ribeye steaks!

We did the rough math on what the pigs weighed at slaughter weight and they were about 660-700 pounds. 100% fed from the farmers market, non-GMO, fresh veggies. The pork chops were a little chewy, which was to be expected since these pigs were way past market weight. Overall I am very pleased.