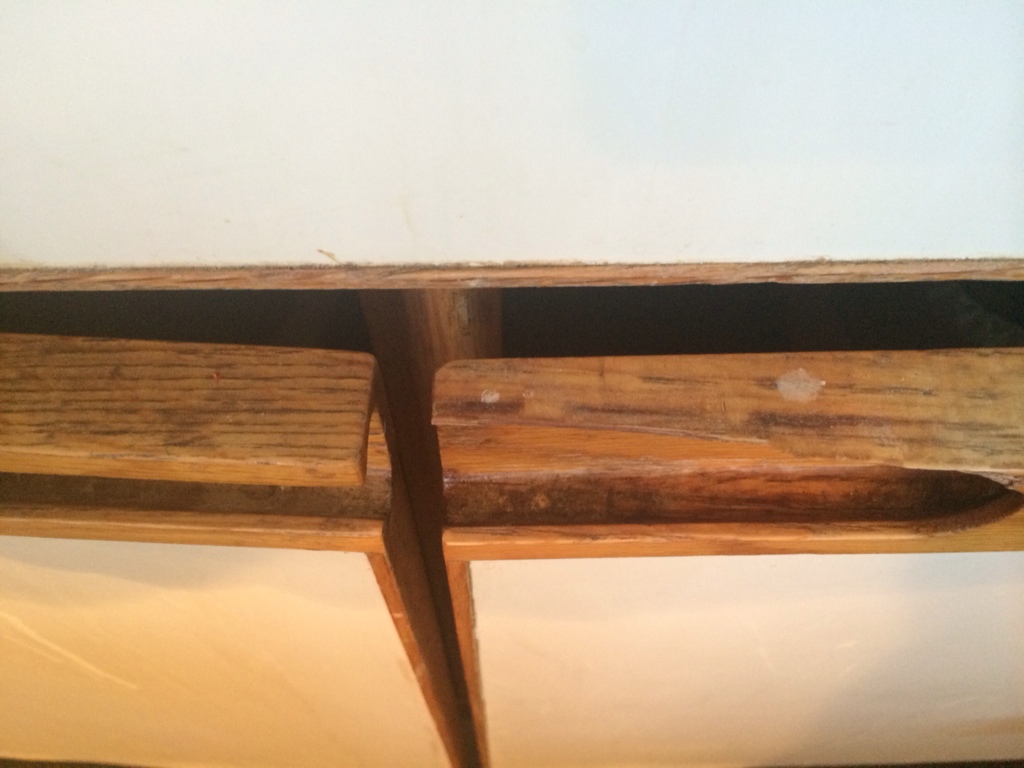 We are talking to different people currently about remodeling our kitchen. Its 32 years old so its about time. As I talk to different vendors I try to explain that our kitchen is used a lot and used hard. They knod knowingly like they have heard it before. I say, no, you don’t understand. I mean we REALLY use it a lot. Still they look placatingly at me. I was thinking on this when a single event occurred to me so thought I would document it. Maybe then I can direct these potential vendors here so they understand.

We decided to have some friends over for a party. I had a bunch of good coconuts from the Mexican farmers market. I decided that we would have an anti-winter theme and have umbrella drinks for the girls, complete with being served in the coconuts. Of course I had to involve a belt sander and other random tools but in the end we had tiki drinks and a lovely party with great friends.

The next day SWMBO went to open a cabinet and noted that the handle was broken (see picture above). Confused how this could be, she inquired with me, “What happened to the cabinet?”

Without pause or explanation I said, “There was a coconut incident.”

The funny part is she shrugged her shoulders and has never mentioned it again. “There was a coconut incident” was sufficient. I didn’t need to explain the saber I was using trying to cut the top of the coconut off or anything else. Just another day at Ninja Cow Farm kitchen.

So vendors, when I say we use our kitchen hard, we aren’t just talking about butchering animals on the island. I mean there is flying fruit and whirling knives. Please plan accordingly.