I mentioned that Betsy had had her calf and that we’d start milking on January 2nd. The way it works here on the farm is the Clarks handle the milking chores. That means that other than random exceptions, I don’t really have anything to do with the milking. But with milking starting up again, along with it being New Years, it meant I had a wee bit of involvement. Or so I thought.

On New Years day, after feeding everyone else, I say that Betsy, Hedy, and the calf were all not too far away from the pasture where we normally keep our milk cows. Moving the milk cows is traditionally pretty easy because they are quite tame and they are used to eating out of your hand. I still had Spork with me so I grabbed a bale of hay that they’d need and some bananas and headed down to the gate. Both milk cows eyes me as I approached and Hedy came immediately when she saw I had bananas. In fact, she walked past me and got in before I realized she was even in the pasture. With Hedy happily munching away, I walked down to Betsy.

I could see immediately that she looked flighty. She wanted a banana but she had a calf and she had no interest in behaving. I got her to eat a couple of bananas but after that she took off and ran away. Sigh. Spork and I closed off that section of pasture and walked her around to where the gate was, and into the pasture. She immediately took off running down to the other gate to escape. Fortunately it was closed already so in the pasture she went.

Understand, this is the pasture where she lives 99% of the time. It’s where her friends are. She’s only being hard headed because it’s different than where she was the previous few weeks. But with everyone where they were supposed to be, I let Erin know she was ready to start milking on January 2nd. 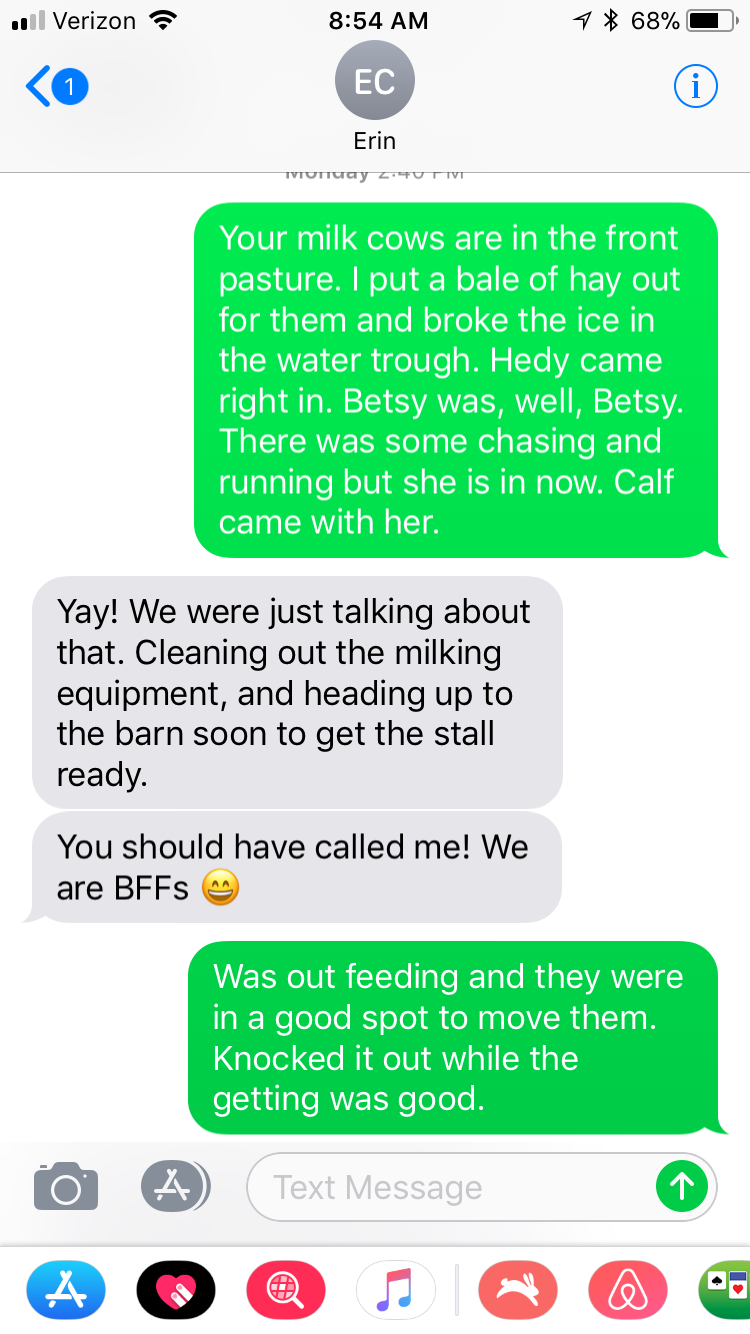 So ends my involvement in milking, or so I thought. For that part of the story, see part 2.