After curing and smoking all the pork bellies from our class it was time to slice bacon. We had some trouble with the meat slicer that I bought. The blade wasn’t sharp which was easily solvable but the blade also wobbled on its bearings which was a problem. Miguel and I took it apart and found that the blade didn’t run on bearings at all, it runs on bushings which were worn. Great, easy to fix… if you have the parts. Oh well, we put it back together and Miguel and I went to work on bacon with a wobbly blade.

Last time I made bacon, I sliced the bacon in a huge pile, then sorted the pile into vacuum bags which ended up, after sealing and freezing, being salty frozen bacon balls. I love bacon, but salty bacon balls just didn’t make anyone happy for breakfast.

It turns out that Miguel, in his past, worked in a deli in Mexico and knew exactly how to slice bacon, or so he claimed. I guess this was before he worked as a talent agent and after his stint as a double naught spy in Her Majesty’s service. I can’t find anything he doesn’t know how to do. 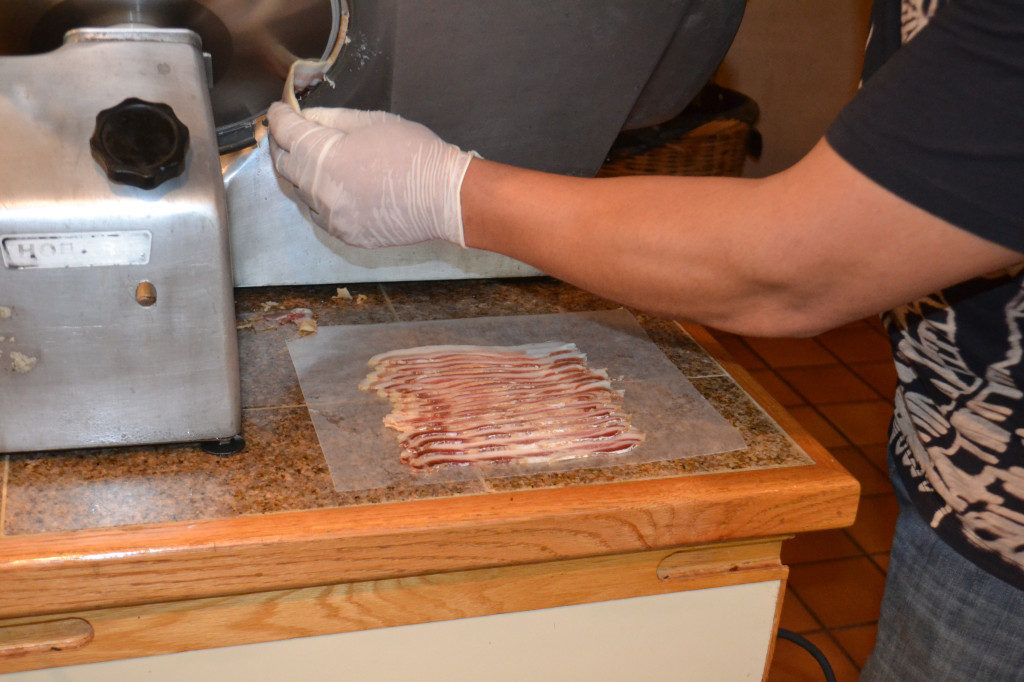 So at Miguel’s direction we get out waxed paper and a frozen rasher of bacon. The blade is still wobbly but I’ve sharpened it. Miguel asks how thin I want the bacon and I say I guess as thin as you can get it, since my salty bacon balls were also chewy thick slices. Miguel runs off the first few packs of bacon and you can see through the bacon it’s so thin. I finally told him he was showing off and to thicken it up a bit. 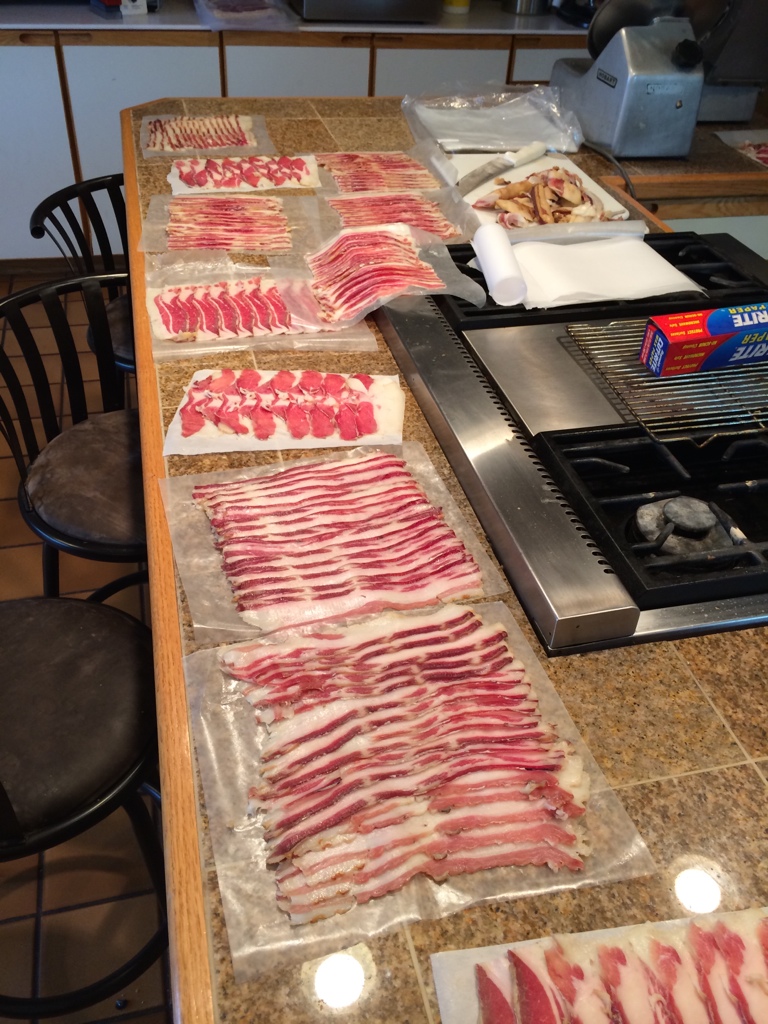 This is less than 1/10th what we ran in a few hours. We put over 100 packs of bacon into the freezer. I ran out of freezer space in our big freezer for bacon. I thought there was always room for bacon?! Perfect slices, perfectly packaged and put into the freezer. This is the best looking bacon we’ve produced. It’s also the best tasting bacon we’ve produced as the smoke was pretty good and the cure was a nice sugar/salt cure. Very simple and good with no chemicals or additives.

In case you think this is one big sales job on why you should buy our bacon, you’re wrong. This is verboten bacon. Illegal, contraband bacon. It’s not USDA inspected and is only for our use as a family. However if you stop by for a tour I may slip you a package to take home. Nobody said I couldn’t give it as a present. I just can’t sell it.