I received this email many years ago from my neighbor Dustin. Dustin is now a salty farmer having been involved in fires, shootings, processing animals, and pretty much everything else that happens on a farm. You can’t really excite him at this point with farm shenanigans.

However at a time in the distant past, Dustin was a database nerd from California who knew pretty much nothing about farming and was a new tenant here on the farm. 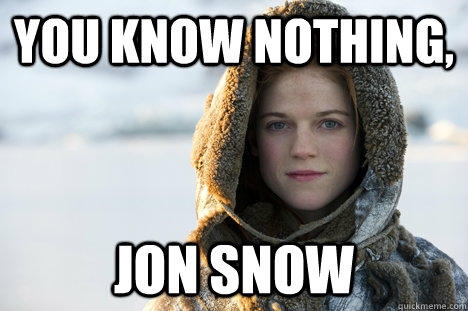 He’d recently acquired a dog, Virginia, and he decided that she needed to be kept in the back yard, in the fence. Not wherever she decided to roam and to get in trouble.

This story is even funnier if you know the end, which is that Virginia since has run of the house and can come and go outside as she pleases. Despite this freedom, she can be found, almost incessantly, asleep on Dustin’s bed rather than outside causing any mischief.

But at this distant period of time, it was assumed she would make it her life’s goal to escape and cause havoc on the farm. Dustin, being responsible, was trying to assure she’d stay inside.

This email, which was recently unearthed from the vast archives of emails past, was the result.

So, this morning, after some poor life choices involving a very heavy roll of wire fencing, I decided to put up a hot wire to keep the dog in the back yard (and thus prevent her from eating the chickens).  Several stores later, I had a roll of wire, some insulater clippy things, and an ADU (Automatic Devil Unit) that would electrify about 10 miles of hot wire.  I brought it back to the house and, in pouring rain, started installing the clips.  I strung the wire, ran some Romex from the ADU to the fence – which I cut too long – ran some more from the ADU to the grounding rod – which I cut to short – and wired it all together.  Then I took it apart and wired it up the right way and plugged it in.  The light blinked as lights do, but there was no popping noise, I think I need to drive the ground in deeper, for which I’ll need a much heavier hammer than I have.  Still, I thought, it’s probably ok.

Now, damp from rain and perspiration, I went into the backyard to check the wire.  An amateur would have unplugged the ADU first, however, after careful consideration I concluded, “meh” and left it on.  I stood at the end of the wire, which looked fine to me, and thought that I should test it.  After all, if I wasn’t willing to get at least one shock, how could I inflict the several it would take Virginia to learn to stop biting it?  So, I decided to touch it.

And, like a junior high girl dissecting a frog (like, eww) I brushed the wire with the tip of my finger.  Nothing happened, naturally causing me to snatch my hand back like I’d been hit with a hammer.  I tried again, nothing.  I touched it longer, waiting for the pulse, nothing.  I grabbed it and shook it, hoping to unclog the automatic devils.  Nada.  I drew upon my vast electrical knowledge and decided that Something Was Wrong.  I walked the perimeter and found that the wire was touching the metal fence – ah ha!  An amateur would have checked for that first, pfft.  Now, it didn’t immediately occur to me that the wire was touching the fence between me and the ADU, thus shunting the current into the ground before it got to me.  That turned out to be important.  I went back in the house, retrieved not one but several clippy things (I know, smart, right?).  While I was sure the hot wire was anything but, I nonetheless exercised caution while threading the clip onto the wire.  An amateur would have turned off the ADU first, but being not an amateur but a great fool, I decided to leave it on and just “be careful”.  One clip installed.  Cake.  Moving on.  I found another spot where the wire wasn’t touching, but if, say, we had a hurricane or very strong earthquake, it might have touched.  I threaded another clip onto the wire and tried to attach it to the fence.  It resisted, so in an effort to force it, I grabbed the steel pole driven into the ground with one hand and the wire with the other.

At this point several things happened at once, most of which I can’t remember.  What I do remember is thinking very loudly “Fu©k”, which came out verbally as “Hngh”, and letting go of the wire.  Deciding that “Safety Third” isn’t always the best policy, I unplugged the ADU before finishing the adjustments.  If the dog gets the same jolt I did and still gets out, I’m just going to buy Dan more chickens.  If she can shrug that off, I’m not messing with her.

My fingers feel salty, and my hamburger tastes like the color blue, and I think I can see glitches in the Matrix out of the corner of my eye, but I’m sure I’m fine.