This article came across my news feed recently.

Consumer Reports, which generally has a pretty decent reputation for checking things fairly, has found that cows raised in conventional (read: Industrial) settings have a higher count of bad bacteria and a higher count of anti-biotic resistant super bugs. Interestingly, and not really discussed in this article, non-industrial meat still had both troublesome bacteria such as e. coli and super bugs. Hmm, what does that tell us.

1. Bacteria is everywhere and is normal. The idea that we have anything perfectly clean just isn’t correct, as shown in this episode of  Mythbusters. So that means we need a strong immune system to handle the contamination that is inherent living in our world.

2. Organic isn’t a magic talisman. When people see organic meat, they picture this.

I’m not saying this type of system is bad, I’m saying that most people paying that extra premium at Whole Foods thing they are buying the first picture and in reality they are buying the second picture where the only real difference in the cows life is that the grain is Organic instead of conventional. This isn’t hyperbole, I’ve sat next to big Organic producers in grazers schools and talked about their management systems. By and large they came from the conventional world and they still operate a conventional system, just now with Organic inputs.

However when you come to our farm, you see this. 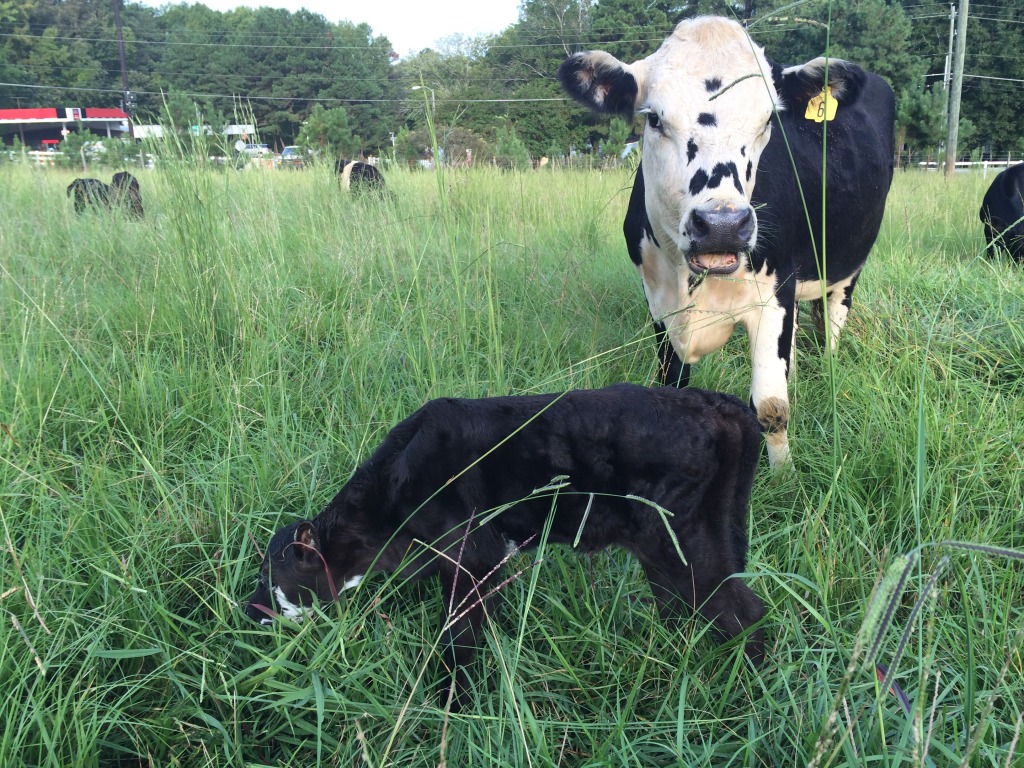 And that is how the cows are every day. There are no feed bunks on our farm. No grain silos. It’s forage and produce, that is it. I think you’d find that we don’t produce super bugs or contaminated meat. We produce proteins the way God intended.