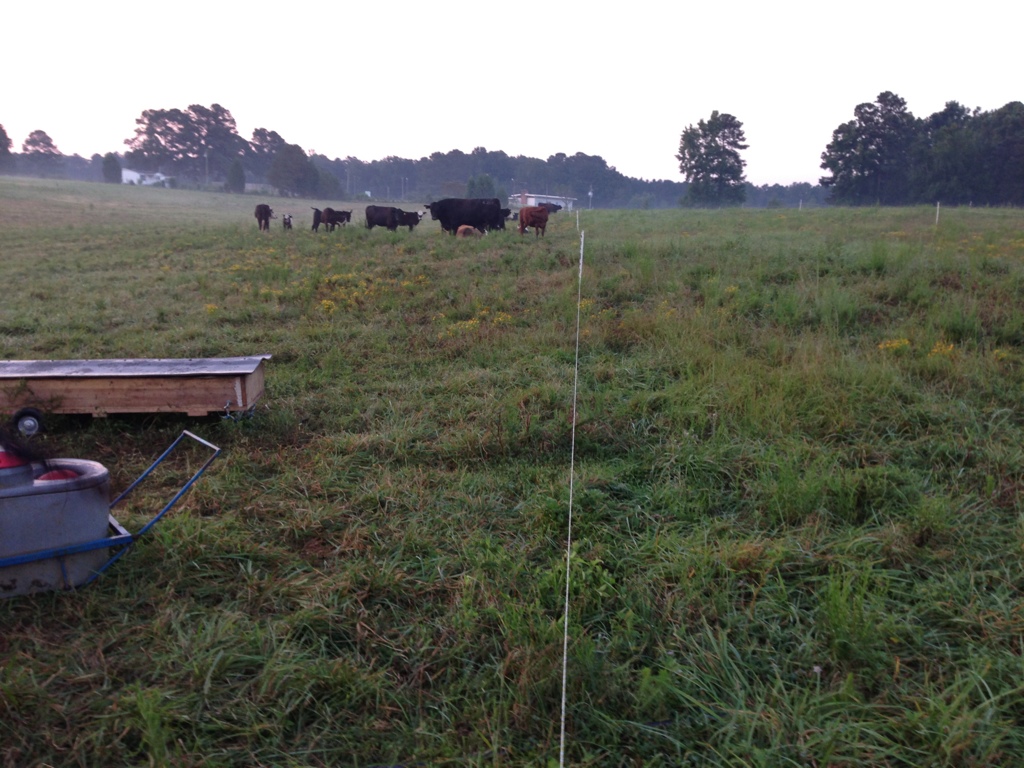 The grass continues to be grazed well. The interns made their own decision to widen the paddocks. They didn’t consult me, the grand poobah, they just did it on their own. I couldn’t be prouder. Yesterdays paddock is on the left, todays on the right. The clover isn’t quite all eaten in yesterday’s paddock indicating the cows didn’t come back for seconds and thirds. That’s a good thing.

Moving the mineral feeder uphill this morning was a chore. It rolls nicely, better than I had hoped originally but boy is it heavy. We added two bags of phosphorous yesterday. One as a refill, and one in the empty salt slot. We did this because salt is already in their salt block on the waterer and it means they now have twice as much phosphorous. The didn’t touch the phosphorous in the new position but have already dove into the refill. Trace mineral C and silica are both getting low now and are ready for a refill. I tested the cows PH when we were without Phosphorous for a couple of weeks. It had rocketed back to 9.0. Phosphorous definitely makes a difference.