I received a lot of messages and calls from friends and family after the hurricane. Mainly everyone wanted to know if we were alright. The short answer is yes, we were fine. We lost power for about 18 hours, but that was from one errant limb. No damage, no real issues. The same wasn’t true for our friends down East.

Spork, the Princess and I are all members of the Civil Air Patrol (CAP). In operation since December of 1941 and currently part of the Air Force’s total force and an auxiliary of the US Air Force, it is a pretty neat operation. We fly  Air Force owned Cessna airplanes, but we operate with 100% volunteer civilians. We go to meetings, march around a bit (the kids, not me) and take training on all kinds of things. It really is a great organization and is financially the best deal going ($75 per year) if you are looking for something for your kids.

One of the things we do as CAP is Emergency Services (ES). That means we do things like look for missing persons, do some light search and rescue, and respond in disasters. Florence, by order of the President, was a disaster. We received an alert for a possible mission on Thursday the day before the hurricane hit. Then Friday was quiet as the hurricane worked its way ashore. Saturday there was a bit of back and forth and some communication to get our teams ready. There was a flurry of activity on my end as we put names to seats in our CAP van, then there was nothing. Quiet.

About 4pm, the Mrs asked me if she should make dinner. With a hurricane ashore pounding Wilmington, and it getting closer to dark. I said yes, it is too late in the day for them to dispatch us. At 4:15 I received a text, “have you left yet?” Just like that, we were off and running. 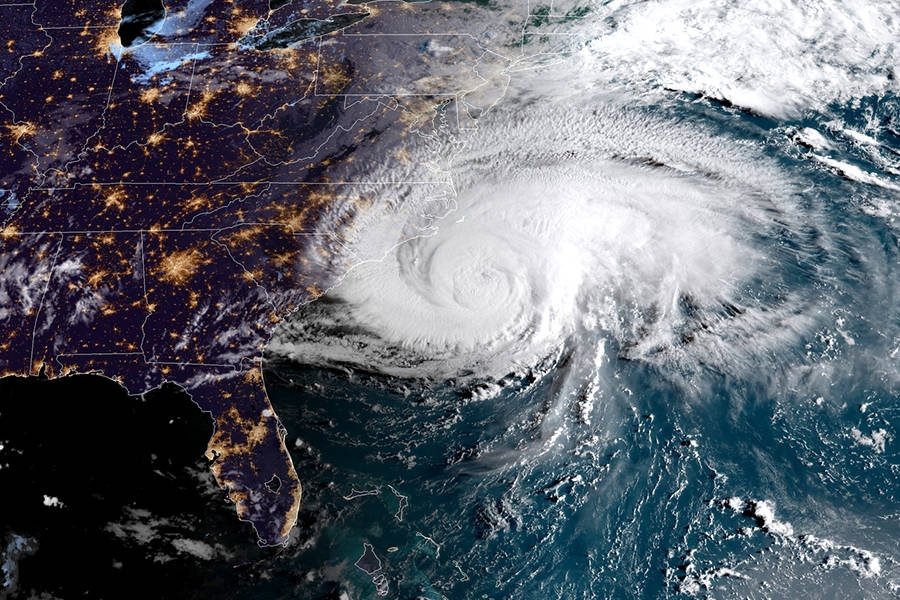 It took about two hours to get Spork and I to the airport, and the rest of our cadets there as well to meet up. We launched in our van into the hurricane at 6:15 and headed off into the night. It was myself, and 5 cadets in the van, a Chevrolet minivan. We worked our way Eastward, dodging washed out roads and bridges, backtracking and trying new routes. We worked till about 11pm when mission base decided we’d had enough and had us retreat to a shelter in Wallace. It was a school without power and with hundreds of people in residence already.

The next morning we departed to Warsaw where we waited for mission base to come up with our orders. While waiting we were tasked to go pick up medical personnel in Jacksonville and take them somewhere, I forget where now. We’d met up with two other CAP vans the night before, one from Louisburg, one from Charlotte and we were working together as a team. This came in really handy as all we had for gear was what we had in our individual packs. With the other teams combined we could share resources and work together.

One of the other senior members and I took off in our van to try to get to Jacksonville to pick up the medical personnel. After two hours of driving, we had made it 12 miles from our starting point. There was no way to get cross-country as all the roads were blocked by water or completely washed away. We reluctantly pulled the plug on that mission and told them they’d need to send air assets.

After much back and forth, we finally were given word that there was a path to Wilmington. It involved going almost all the way back to Raleigh, then heading East towards Jacksonville from there. Once in Jacksonville, we headed South on 17. There were a few moments where we wondered if our chosen path would be open but about 6:30pm we arrived in Wilmington at our new home where we were met by harried first responders trying to get people in and get them situated. It took us 24 hours to get there, a new personal worst for a trip from Raleigh to Wilmington.

Our new home was an abandoned Sears in Independence Mall. We were told that 500 people would be bunking with us. Fire and rescue, DEA, Customs and Border Protection, military. You name it, we all shared a space.

CAP’s speciality in a disaster is an operation called a POD, or Point of Distribution. This is where the public can come and pick up food, water, blankets, tarps, whatever it is that FEMA has decided the community needs.

Traditionally the POD is established by the government and CAP shows up to provide trained but non-professional labor. Through some on site marketing by yours truly, along with another senior member from that first group to arrive, we were able to meet with the Incident Management Team brought in to manage the operation and as a result of that meeting we were given command of all the PODs in New Hanover county! To my knowledge this is the first time this has happened in CAP as we are normally labor, not management. As one of the fab four of that first group, I was to be an POD Manager (PM) of one of the POD sites, with two of my peers taking the PM job at the other two sites. The fourth unlucky soul, our fearless leader, was to be our Point of Contact (POC) and IC working inside at the Emergency Operations Center (EOC) (Tired of acronyms yet?)

There were three PODs in the county, named North, Central, and South. I allowed my peers to take first choice and I ended up with South POD, which suited me just fine. Central is the one that showed up on the news and also the one that hosted the politicians when they made their appearances. Trying to run a crew of 40-60 people, deal with the public, the police, the military and then insert a politician and the associated news crews into the mix wasn’t something I relished the thought of. I was happy to be South on my little POD.

As PM of the POD site, everyone on the site reported to me. County workers, police, military, and yes my CAP cadets and senior members. I was a 1st Lieutenant surrounded by a bunch of Lt. Colonels so it made for an interesting chain of command. But I had the best team I could ever have been given and everyone jumped in to do their jobs regardless of rank. I won’t go through the gory details but on opening day we served over 1000 people from a parking lot that as the sun set the night before had exactly ZERO materials available to us. It was a busy morning!

After running POD South for two days, we were due to rotate home.  That was problematic because the roads into and out of Wilmington were reported to be flooded and impassable. We had several teams who were stuck or were turned back and couldn’t make it in. That meant that our relief personnel were not showing up. That meant that if we rotated out, there wouldn’t be any handoff between the experienced teams and the new teams, a recipe for disaster.

Our leaders showed up at my POD for an inspection and after our walk through they requested, strongly, that I stay for another rotation (5 days). I explained I’d already turned my underwear front to back and inside out, and that I HAD to get myself and some of my cadets home, but if they’d allow me to go home and come back with fresh clothes and fresh cadets I’d do so. I was given the green light so the next morning after the POD was up and running, we took off to cross the uncrossable roads and make it home. Three hours later we showed up and hot swapped some cadets. Of my original team of 5 cadets, four refused to stay home and we ended up bringing back a total of 10 people for the second rotation (after running the laundry machine as hard and fast as we dared).

On our return, we were met with incredulity that we’d made it back. Roads were still reported as impassable with teams still stuck all around the state unable to make it. But 5 seconds after that it was back to business and I was told I was moving to POD central with my team and we were running that one now. We served two more days at Central and then on Sunday morning, one week and one day after departing home in a hurricane, we returned home.

Cadets, who were between 12 and 17 years old, started their days about 5:00am. Breakfast was usually a cold sandwich or a breakfast bar from a box. They mustered, were briefed, then herded to vans where they transported to their PODs. They went to work about 6:30 to be open by 7am. They worked in shifts, one shift on, one shift off. But when you were off shift, you were called to do any number of things that might be needed. Stack pallets. Prep lunch. Go get Major SoAndSo. Meals were well done by the local crews.

The temperatures were somewhere between 84 and 94 while we were there. The kids wore full military uniforms with safety vests over them. They wore military style boots. At 7pm we closed the barricades and cleaned up our site. There would be an evening muster and briefing, then we’d caravan home to our abandoned Sears. They did get showers working after several days and all 100 cadets had 45 minutes to get in and out of the showers. This includes the split for girls in their own separate shower. It was lights out at 10pm and often I saw cadets up till 11pm. Those are 12 hour work days with all the associated front and back end logistics. They did this every day, and never once did I see anything but a smile.

For the POD manager and many of the seniors, it was up in the 4am range, then work the same schedule as the cadets. When we returned to the Sears, we’d have a meeting with all PMs and our leadership. This would go till about 10:30-11:00. Then it was shower, get back to the desk (a folding table borrowed) and start working on rosters for the next day. That would normally take till about 2am but sometimes 3am. Yes I just described as much as a 23 hour day. It was done at that pace for days at a time. Not by everyone, but by more than a couple.

On our last night working a POD, a cadet came up to me and said he’d left his phone at the site. This was after lights out, when I’d really like to have gotten in my bunk and got some real sleep just one night. But I needed to take him back out to get his phone so oh well. I needed another cadet to go with me so it wasn’t just he and I in the van (there are cadet protection rules in CAP). I walked over to my squadron and told them of my dilemma and asked for a volunteer. Some of these kids had been on this pace for 6 days at this point. Everyone, including the ones already dressed for and in bed, jumped up, laughing and joking, and filled the van to go as a group. I told them I only needed one. “You need help. We help. Lets go.”

I couldn’t be prouder of them.