Last week was busy, and not just because of farming.

One of the houses on our farm had a septic tank problem. I didn’t think it was time to have the tank pumped yet but who knows. When to pump a tank is more art than science when you don’t have easy access to check the tank.

So I call my septic tank guy. Turns out he has stopped doing tanks. But he knew a guy he said did a great job.

A couple of quick phone calls and we were able to get same day service, which was awesome. Having lived here for most of my life, I actually knew where the cleanout was so with a little digging, we were able to get to the lid and get things pumped out. It was pouring rain, as it had been for days but crisis averted.

The next day, I get a message from the folks living in the house. Things are backing up again. Oddly, it was only from certain drains. I called the plumber this time, thinking it was probably a line in the house. They showed up and started asking questions. In discussion I remembered that we actually had two septic tanks on this house. They were plumbed back to back as I recalled. The old original tank was just extended to go into the new tank, then everything went into one drain field via the new tank.And we’d only pumped one of them, the new tank.

Well duh, said the plumber, you didn’t pump out the old tank which is where all the solids would be. That’s your problem. Oops. A quick call back to the septic tank guy and yes, they would indeed come back out again and only charge me slightly more this time.

All in all, we probably probed over 100 spots, in the rain, for several hours, and didn’t hit anything. I’d officially given up. Vicente, for some strange reason, decided to probe a random spot in the landscaping right beside the tank we’d already found while he was listening to me explain why I was giving up. Clink! What the heck is that? Some more probes. Clink! Clink! We’d hit the tank. Just then the septic tank guys pulled up and we had them dig out the lid and pump the newly found very old tank. Yeah! Success. Back again to the house to dry off and do farmy stuff.

The next day I get a message from my tenants. Yeah, it’s not working.

So the plumber comes back out, and this time decides to snake the line. Snaking the line starts about 4pm and goes to about 8pm. After that much time the drains have improved exactly this much. 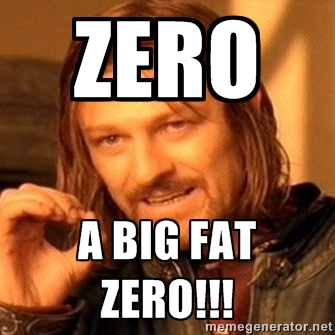 So after watching them snake the line for four hours, I finally convince them to let me put lye drain cleaner in the line and see if it will clean things out. I do so and we all go home.  The results of enough lye to clean out Manhattan? That’s in the next post.