I haven’t been at my desk enough lately to publish this post. On August 4th we had all hands on deck to sort all of our cattle and move the moms and babies back to our leased farm. Luckily we had cousin Cody visiting for a couple of weeks so we of course put him to work.

The cows that are staying will be directed out into the pasture. The cows that are going will be directed back into the open barnyard where they get to mill around and play until it’s time to load. All in all it’s a fairly easy job, especially with Cody here to help. My job is to work the head gate and send the cows whichever direction they are going as they come out.

This is done simply by opening or closing a gate that leads to the pasture. If the gate is open, I stand close to the cow and they turn away from me as they come out of the head gate and “escape” into the pasture. No problem. If we want them to instead stay in the barnyard, the gate is closed and the cow simply exits the head gate and walks wherever they want to. I don’t do anything with them except stay out of the way.

Easy. Yeah right. #84, one of our purchased cows, was supposed to stay so the gate to the pasture was wide open. Except he came out and decided he didn’t want to “escape.” He wanted to go back into the barn yard. I stepped between him and the barnyard and shooed him back toward the 16 foot opening. He darted forward and tried harder to get into the barnyard. Not so fast Buddy, I’ve done this a million times. I darted forward as well, staying near his head so he’ll turn and go where I want him. We both reach the hinge post of the gate at the same time. At this point he cannot go forward anymore, so of course instead of going through the huge opening, he went through me instead, in the process bucking and kicking me mainly in the leg, but also in the wedding tackle. I went head over heels backwards, through the gravel, while he ran off to be where he was. It was a bad enough spill that rather than laughing immediately, Miguel asked if I was ok first. Then he laughed. He asked if I wanted to go get the cow and get revenge. I was thinking about it already but I said “No, I’m gonna eat him. That’s revenge enough.” #84 was marked as “Crazy” in the cattle book, which means as soon as he’s finished, he is first onto the truck.

When this story was being told later, SWMBO asked if Cody has learned any new words (cursing). He said, “No, he stuck to the classics.” I laughed about that for days. 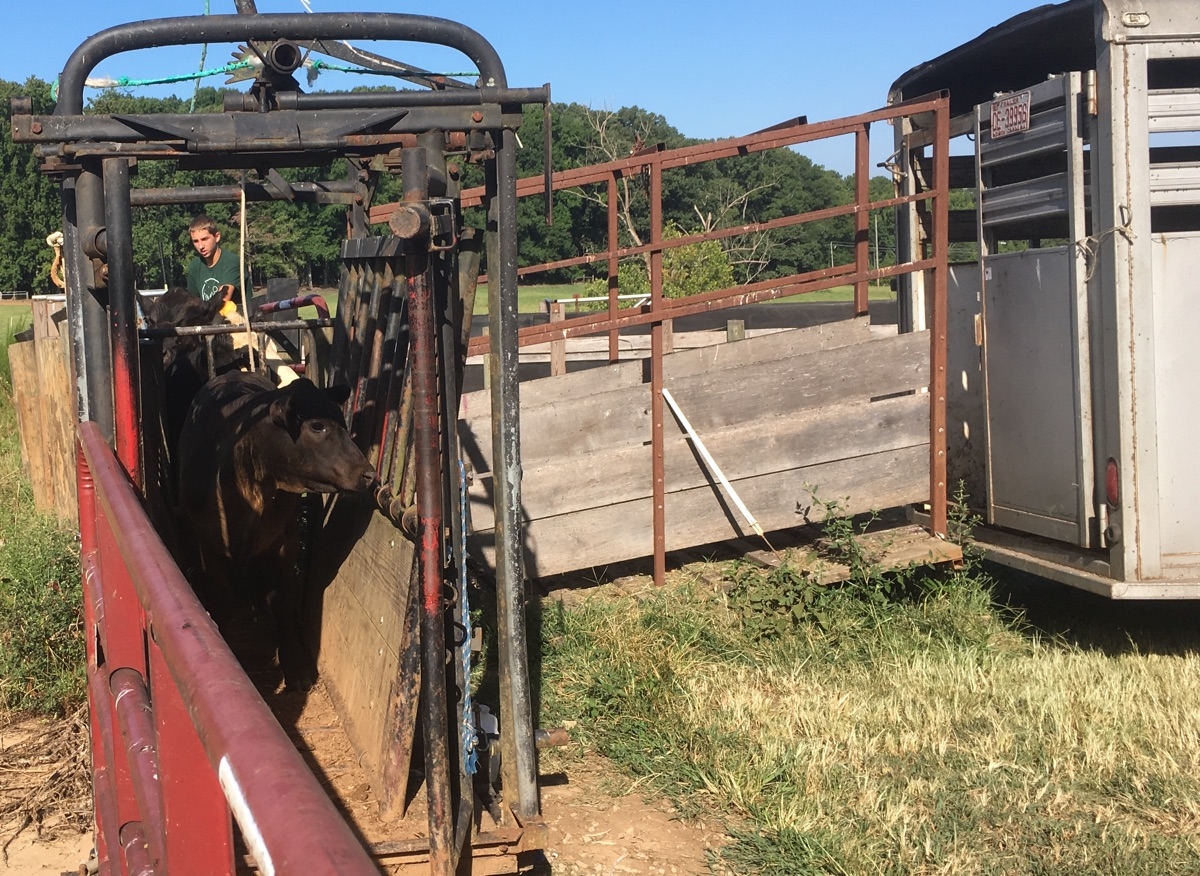 We loaded about four loads of cows on our 16 foot trailer. Cody was a big help, of course. You can see him through the head gate in the picture above. 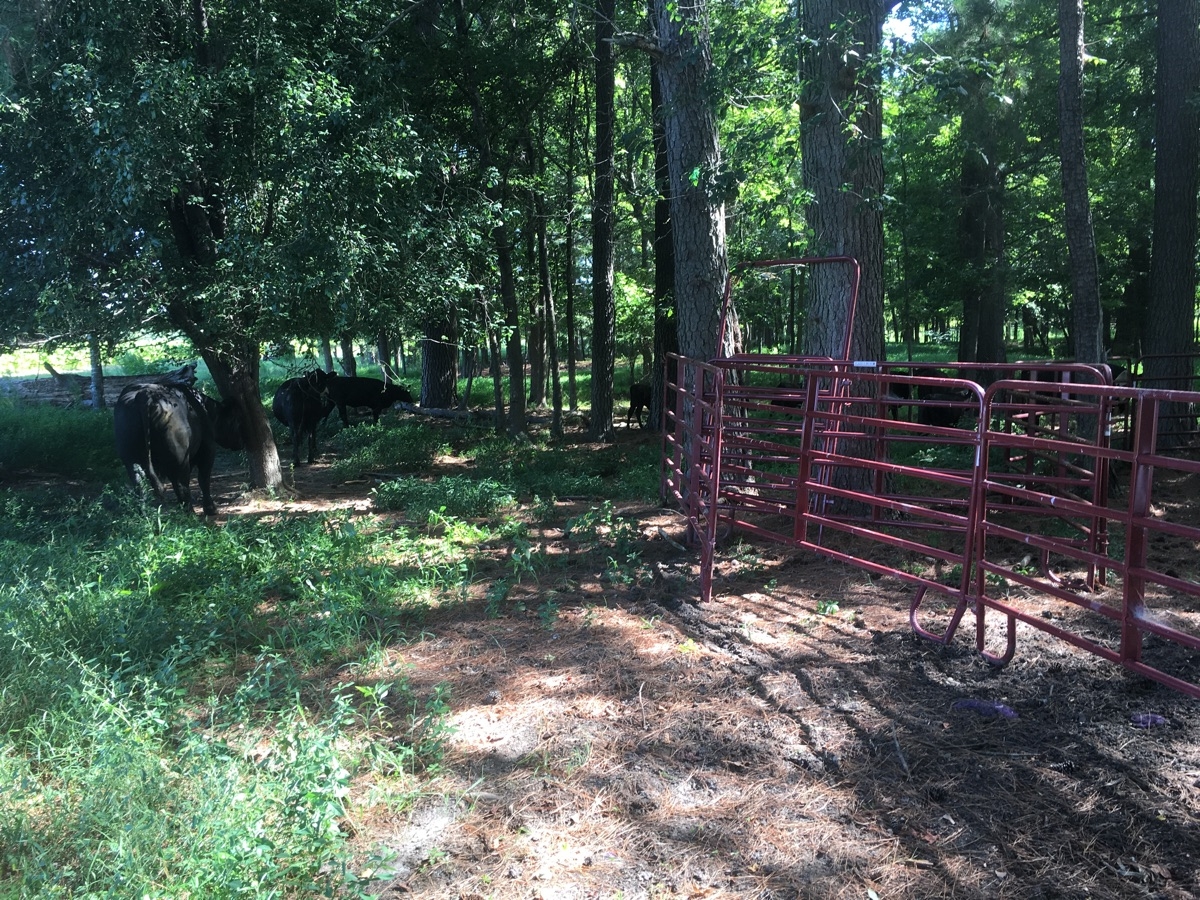 The cows love the other farm. They have free range and shade all over the place. The farm had been left fallow for a few months so the grass had recovered nicely. They should be able to stay there till early November. We dropped off 30 cows, calves, and Boyd our bull. Everyone made it there safely, except for me. I had a big bruise from the kick. Oh well, another day of farming.