I have a friend who’s been trying to sell me his bull for a year. When Benjamin died, I called him up to see if he still had his bull. I knew his bull was a registered Lowline Angus and breeding for smaller conformation is something that is actively encouraged in pure grass fed operations as shorter cattle tend to do better on grass. Luckily, the bull was still available.

We already have a load of Benjamin’s genetics in our herd which is awesome but on the large side. We also already have Boyd, our replacement bull, on the ground and growing.  Boyd will be ready to be our herd bull in about 8 more months, so it’s just a matter of having somebody to handle the girls for less than a year to keep things moving along. We can also hopefully have some replacement heifers born during this period that should introduce some Lowline genetics into the herd as a result of this new bull.

So everything sounds great, the timing worked out, my friend met me and helped load the bull in just a few minutes, and all three kids went along for the ride so it was a family event. Then I showed up to see the bull. He’s um… short. Now he’s good looking. And he’s docile. And he’s cute, I guess. But he’s short. I mean he looks like a little Italian man, all bulked up from weight lifting but 5’3″ tall. When I got him home and let him out with the herd, our cut yearling bulls immediately started mounting him (a sign of dominance). The cows were interested in him because he’s a man but….

Well that’s him in the center. If you look to the left you can see a white-faced cow right behind him. Their backs are even height. That cow is a one year old adolescent cut bull. He still has a year to grow into a full-sized bull. Hoss, the new bull, is an old man and has done all the growing he’s going to do. I have a feeling that after a life with Benjamin, the girls are feeling a bit like this. 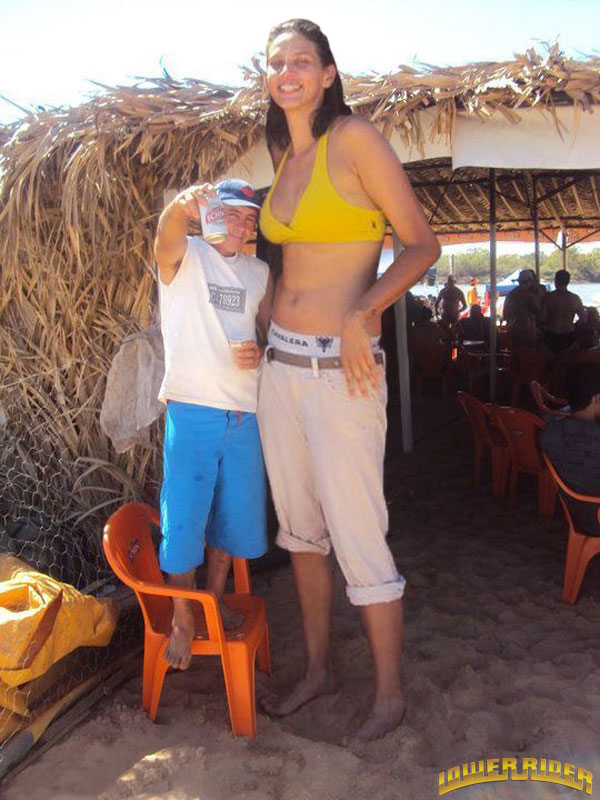 The good news is the girls did seem to be interested and Hoss was certainly interested in them. I can understand why cattlemen end up breeding for larger and larger animals though. It hurts your pride to go the other way. However, in the long run we should end up with better cattle. Now if I can just keep my girls from going out in the pasture and dressing him up in outfits.

2 Replies to “Our new bull shows up, Bar J Hoss”