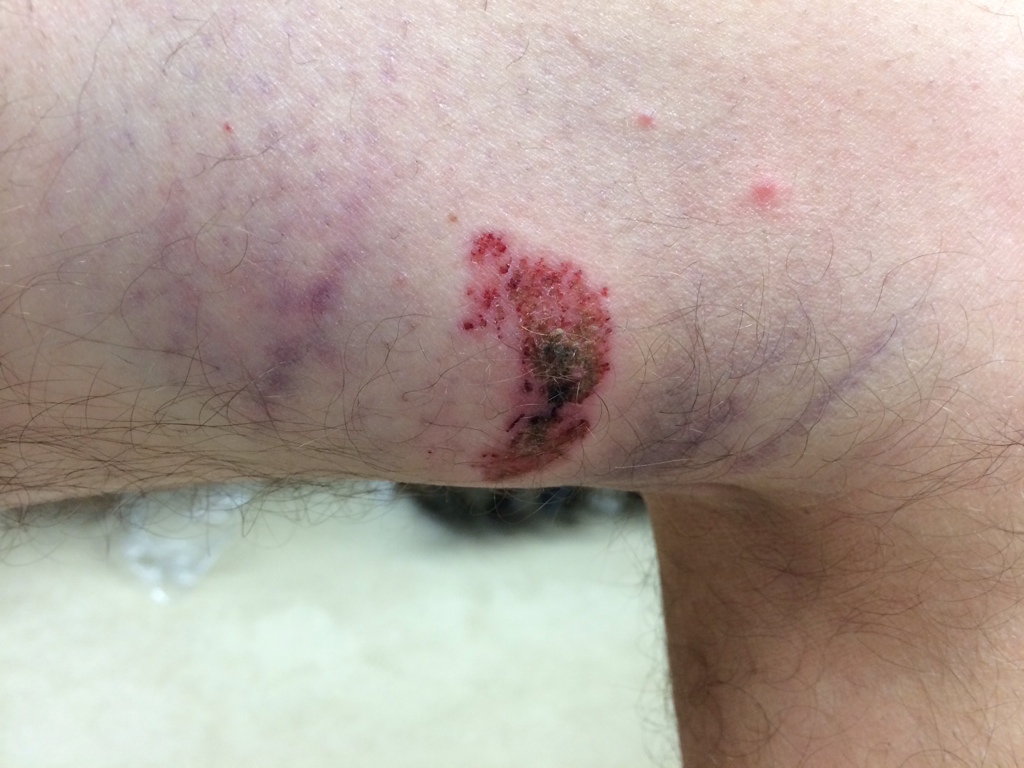 I am one of those people at a party that you don’t want to start comparing scars with. Either I am monumentally stupid, or I’ve done a lot of things. Probably some of both. Either way I have a lot of scars and with scars come stories. I have scars from bow and arrow fishing, knife wounds, getting hit by falling steel, having liquid steel dripped on me (thanks Mr K), hole punchers, table saws, bicycles, motorcycle wrecks, and these are just the highlights. However I now have a new mark that ups my street cred, such as it ever was.

What you see above is a pig bite. That’s one side of the wound, just above the knee. I can’t really see the other side. While loading the piglets into the trailer and then sorting the pigs out of the trailer we didn’t want in, I managed to get myself between Penelope and her kids. Miguel was letting Penelope past the partition and I turned my back on her to keep the rest of the pigs from running out too, something they are very good at. Well Penelope saw the opening, then turned back towards me and took a bite out of the back of my leg. I never saw her coming. Luckily I wear Duluth Trading Company firehouse work pants which are heavy and thick 11.5oz cloth. If I had been wearing anything less I would have needed stitches which would have been unfortunate because I doubt Mrs K could have stopped laughing at me long enough to sew me up.

So it turns out that Duluth knew what they were doing when they made the following commercial.

Miguel spent the rest if the day laughing at me. It felt deserved.

As I’ve said before, tattoos are for people who haven’t earned their scars.