I get this question a lot. Usually it’s in the form of a statement about how pigs are super smart. Pigs are pretty good at being pigs. Beyond that, not so much. This is a myth perpetuated by Hollywood with movies like, Babe and Charlottes Web. 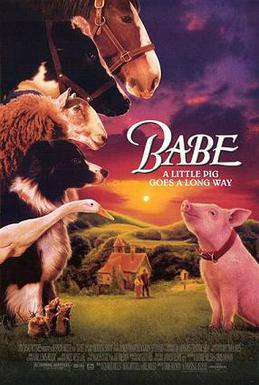 Pigs are anthropomorphized and made to be much smarter than they are. In reality, pigs can be cute and funny, but I wouldn’t have them do my taxes.

While pigs don’t have a lot going on upstairs besides what it takes to be a pig, dogs are pretty doggone smart. Not our dogs. No, they are as dumb at a box of turnips. The big dog, Cotton, doesn’t really know her name, or how to sit, or roll over. But she does know to stay with the kids, and to protect them from anything that she deems to be abnormal. She also makes sure that no predators enter, or at least stay, on the farm. Sometimes Cotton decides that something that is completely normal isn’t supposed to be there. In that case she bites whoever that is. Once it was Miguel, once it was a deputy Sheriff. She’s never vicious and she loves children so we keep her on patrol because her good far outweighs her flaws.

The little dog, Ruby, as much as it pains me to say, is actually smarter than Cotton. She knows her name. She can sit on command with nary a word spoken. I taught her, in a fit of boredom when the entire family was at the beach, in about 2 minutes. And she’s retained it so far the rest of her life. The problem with Ruby is that she’s neurotic. As in, not remotely functional, neurotic. Ruby is much like Dave Barry’s Zippy, the emergency backup dog. Little, useless, and annoying. She is, however, smarter than a pig so she has that going for her.  But that’s about it.

I point out all this information about our dogs, to bring our farming/blogging mentor, Walter Jeffries at Sugar Mountain Farm, into the conversation. His dogs not only sit, stay, retrieve, etc. They also talk. Yes, I said talk. Walter has his dogs up to about six word sentences with a combination of sign language and verbal communication. How? I have no idea. I’m going with the assumption that Walter is smarter than I am and it flows from there. Perhaps it is a breeding thing. I don’t know. But with the improvement in our gene pool by marrying SWMBO, I hope to see our breed improve in the next generation.