Today we moved the cows from the front pasture to the side pasture. In the process we moved them through the barnyard which meant it was time to band and tag the ninja calf. We managed to get all the other cows out of the old pasture and into the new pasture except for, you guessed it , the ninja calf. The rest weren’t an issue. In fact this is what greeted me at the gate. 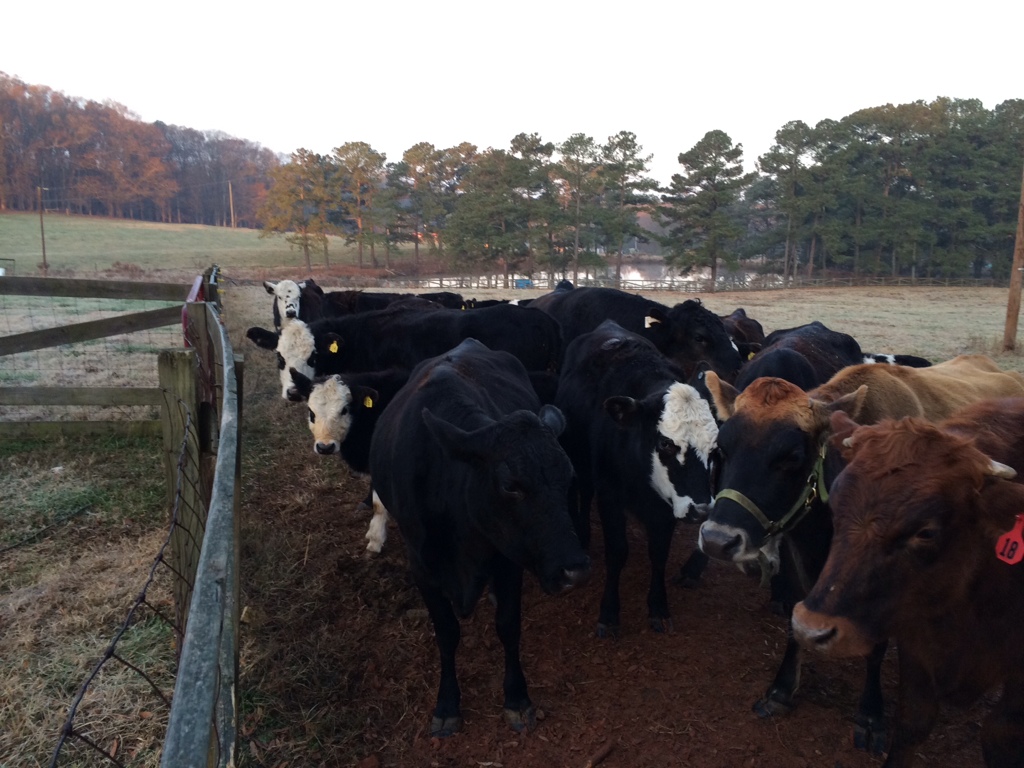 They were more than ready to go and about all we did was open the gates and let them through. Not the ninja calf though. He took about 5 laps around the pasture. Fortunately I had Bar-B-Jew, inmate Brian, and Miguel all onsite to help with the ninja so 800 pounds of human vs 100 pounds of calf seemed like a good ratio. In the video you can see the final successful lap of the pasture where the calf finally goes through the open gate. Trust me, there were lots of previous laps.

So after we had the ninja calf in the barn yard, we made a few laps of it where the ninja calf did the thing I’ve only ever seen the ninja breed do which is to try and run through a wire fence head first. Normal cows know better. Ninjas, not so much. So finally we got the ninja calf cornered and Miguel grabbed the head and I grabbed the back and we wrestled him to the ground. He was not amused. I proceeded to put the band on his cajones and then ear tag him number 36. After that we reunited Spunky and her calf and called it a morning from cow work. It was a busy morning.