This morning found the Ninja Cows enjoying a cool 55 degree start to their day and some fog to make things pretty. Here is a panoramic shot of the front pasture and some of the fog that was visible. 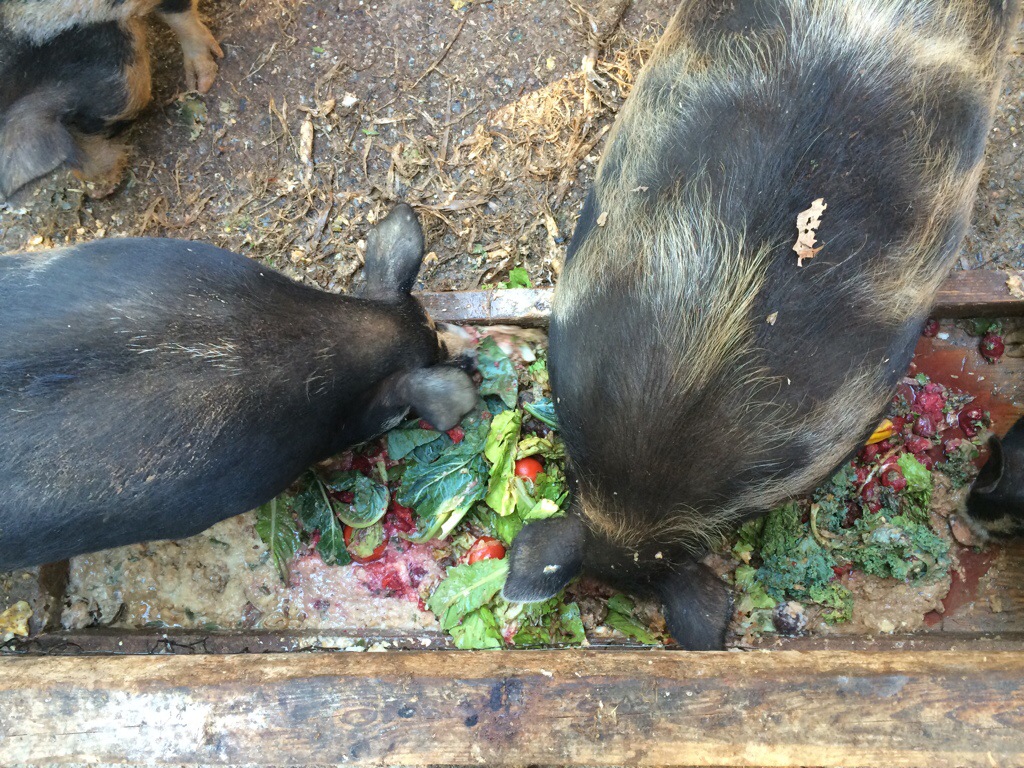 The pigs, having their breakfast. Hot food and fresh veggies. They are legs up in the air asleep in the shade now. 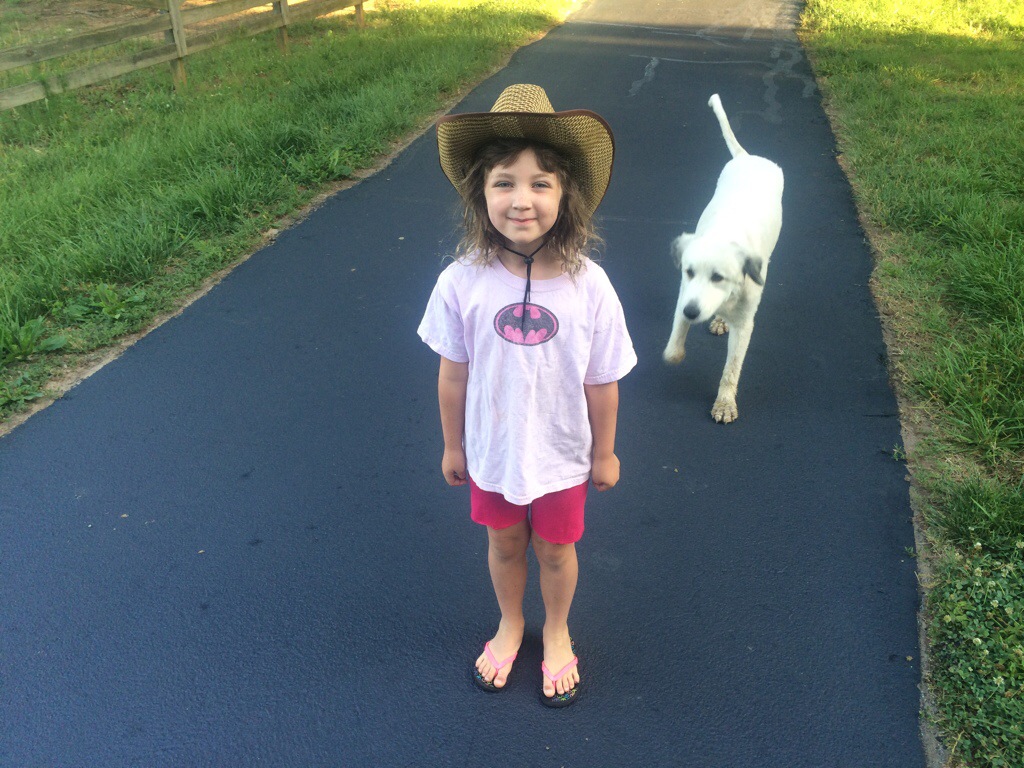 I had a genuine farm Princess to help me this morning. She rode in the gator, drove the skid steer, and drove the farm tractor. It’s amazing what having the right headwear does for your abilities as a farmer. Thanks to Miguel for the snazzy hat.

The cows received two pallets of food this morning. Well, more like 1.5. There was a minor issue when Bok Bok was driving the skid steer and we spilled one of the pallets. No worries though. The chickens were on patrol and are picking up the pieces we didn’t scoop up with the tractor. That’s the beauty of feeding fresh vegetables. What doesn’t get eaten just becomes organic matter for the earth worms.

The grass isn’t looking great. The spring flush is backing off and the grass height isn’t as good as I would like it at this point in the season. The fescue is starting to go dormant and the Bermuda and weeds are starting to make their summer run. Right now the weeds are winning. We are mowing early and often this year so the weeds won’t have a chance to dominate. The pasture where we fed hay hasn’t exactly become lush yet but it’s the first to get mowed so we will see how it transitions over the course of the year.