We made more progress on the apple press. First, we had to finish the remake of the cast part that I broke. Fortunately I have easily reversible jaws on my chuck so a quick flip and I had the part locked in and ready to turn. It took a bit to get the surface finish better than what you see here as the metal was getting thin so there was some chatter. As usual, a sharper bit did wonders. After everything was trued up on the back, I flipped everything around again and cleaned up the outside diameter with one quick last pass and this part was done.

While I was on the metal lathe, Miguel was working on the drip tray. He removed all the nails, and there were PLENTY, and removed the bottom board. We’d soaked the old drip tray in water for a few hours prior to doing anything to see if when the wood swelled it would close the cracks. While they did get closer, they never closed fully and we elected to just replace the two piece bottom board with a single piece of red oak from the farm. It came out very nice.

We also had a piece in the hopper which was cracked and needed to be replaced. It would probably have been fine to use as it was, but a few minutes with the correct tools and it was as good as new.

The new wooden parts all back in place on the press. Once we’ve run a few bushels through and darkened the wood up, things won’t be quite so dramatic in their contrast.

So we were down to the macerator drum repair. Our original plan was to take a cut from a red oak we’d sawn earlier and turn it to size. We needed a 5″ outside diameter final dimension which required a 6″ or so log. We have plenty that size but as you can see by the above picture, what we had had been on the ground too long and had started to rot. The was plenty of spalting (the black lines) and some punky areas which are very soft. After quickly turning this piece of wood to a rough dimension, it was clear we were going to be chasing non-serviceable wood for some time. That left only one option.

We took some more red oak from the hurricane blow down and cut it to size. Then we glued up the boards and clamped them to make one solid piece. Unfortunately I wasn’t prepared and hadn’t done this a day earlier so that ended the days work on the apple press as we have to wait for the glue to set 24 hours before chucking it in the lathe. I’ve had things come apart in the lathe before, it’s not a pleasant experience. Maybe this weekend I can get to turning this drum to size, cutting in the knife slots, and making the knives. Also I think I’ll pull the new bronze bushing and cut an oil ring in so it has a better chance to hold oil. Once all that’s done, this apple press should be ready to put back together and hopefully will be fully prepared to go to work come fall. Of course at the rate I’m getting late winter apples at the market, maybe we’ll have to get a bushel just to try it out.

As if daily pictures of the hog class isn’t enough, I’m going to be posting some more pictures in a series before too long. This one is of a farm truck that’s had quite a transformation. Last year I was asked by someone very special to me if she could use my old 1972 farm truck in her wedding. She said I didn’t need to do anything for the wedding, except maybe wash the dust off. Well that wasn’t good enough for her if I had anything to do with it so I decided that I would restore the truck to as good of condition as I could time and money permitting. Here is what the truck looked like before we did anything to it. 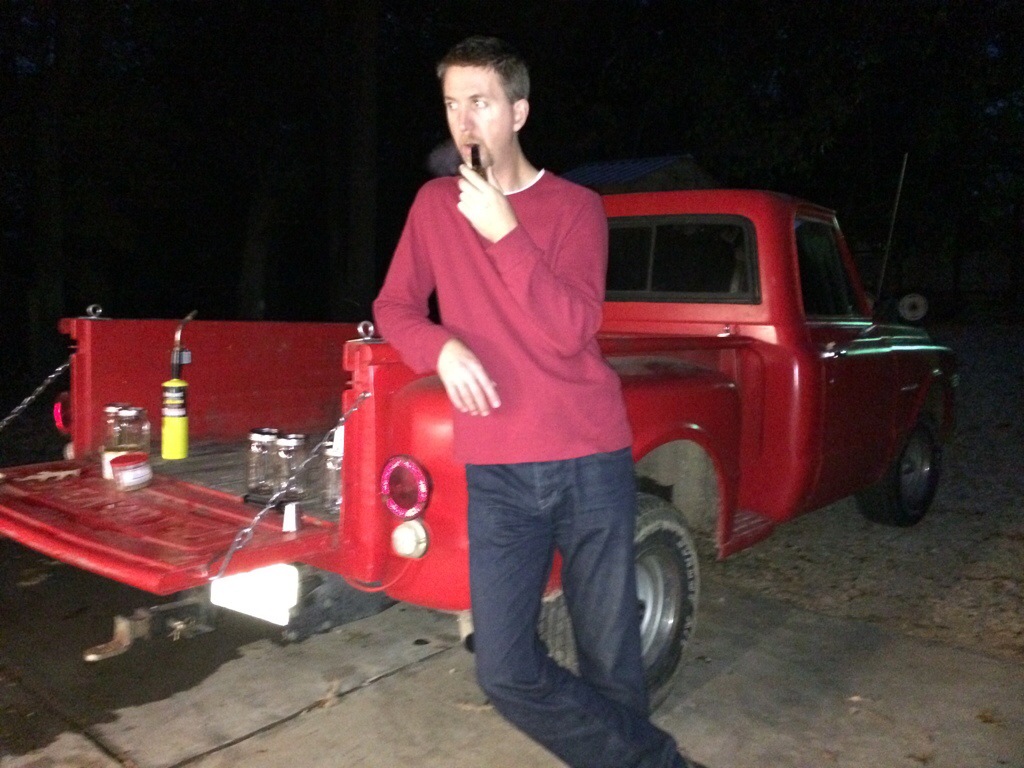 That’s not red paint, it’s red primer. The truck was pretty much sound as I’d already gone through the running gear. Most of the chrome was pitted and dull. The body needed work in various places, the bed wood was rotten, there was no rear bumper, etc, etc. Nice old truck, but it need of a lot of work.

Saturday the 15th, after 3 months of work, I had the privilege of being a small part of a beautiful wedding in Pinehurst. The end product looked like this. 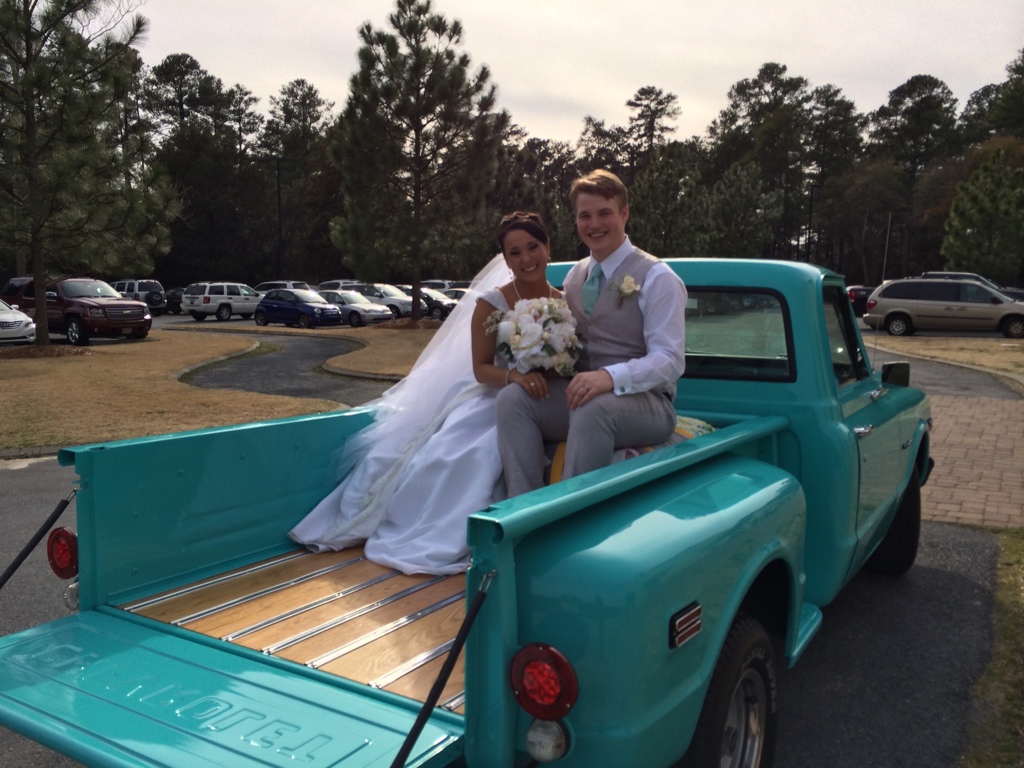