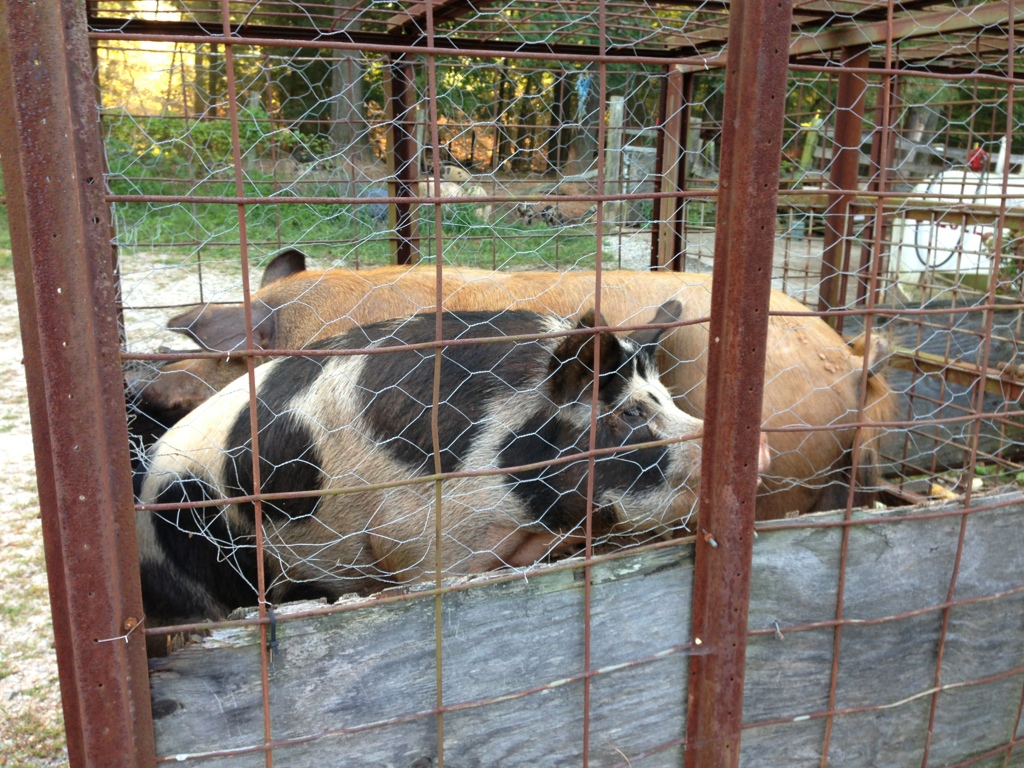 Wednesday, September 11th Spot and Weasley, our infertile breeding pair of pigs made their last trip to Sims, NC to be processed. Here they are loaded into the trailer awaiting the time to leave. We loaded them by tempting them with food, not shocking, yelling, or anything else mean. After we got them loaded we took an early morning trip to avoid the heat and they were dropped off by 9am. 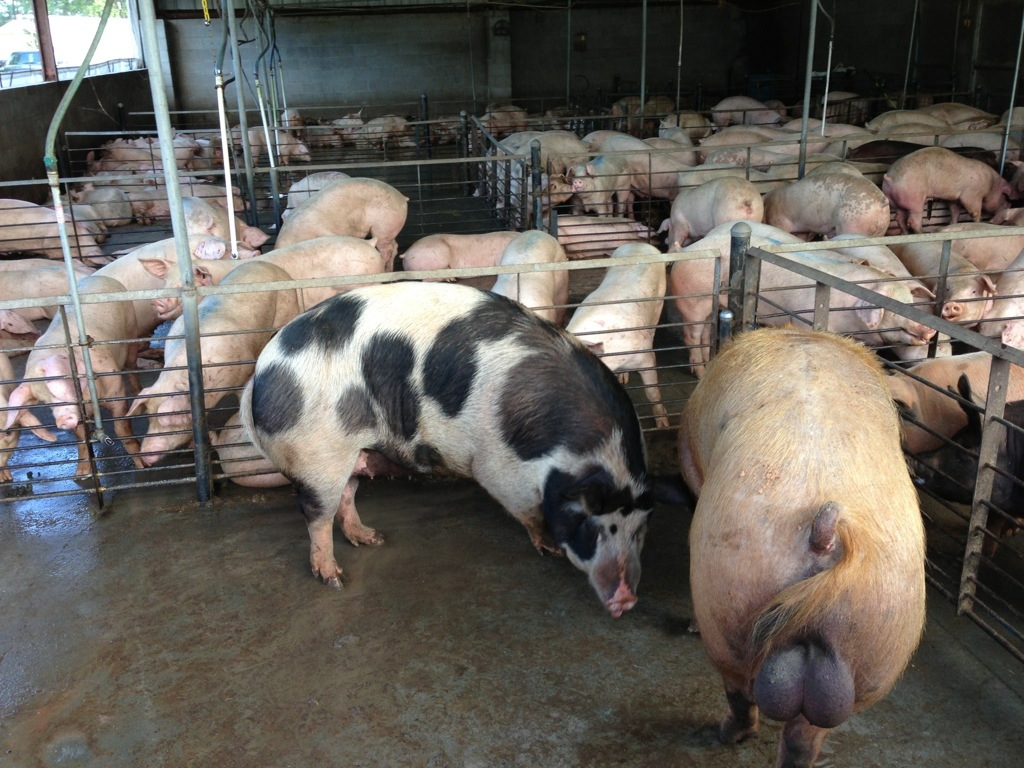 Here they are after unloading. They don’t just look huge because they are closer, they ARE huge. They are estimated at about 500 lbs each compared to about 100-125 lbs for the other pigs in the background.

As you can see from the picture, Weasley is still very much all boy with his figs intact. There is a lot of concern about boar taint with uncut males. I guess we will find out how prevalent it is, or how pungent. Wild boar doesn’t seem to have this issue so hopefully Weasley will make good meat.

I know we originally were going to keep Weasley but he is just so huge compared to Penelope I don’t think he could breed her. So both Spot and Weasley get to make the trip to the freezer.

If you are stopping by for dinner next week and are wondering what’s for dinner, we are having pork. The week after that, pork. If you want some pork products, we should be in stock by next weekend.