We go to three different wholesalers and two different farmers markets every day to pick up produce that would otherwise be headed to the landfill. Some days an individual farmer has more, sometimes they have less but it all averages out to a certain amount per load, per day.

A pallet of produce is heavy. 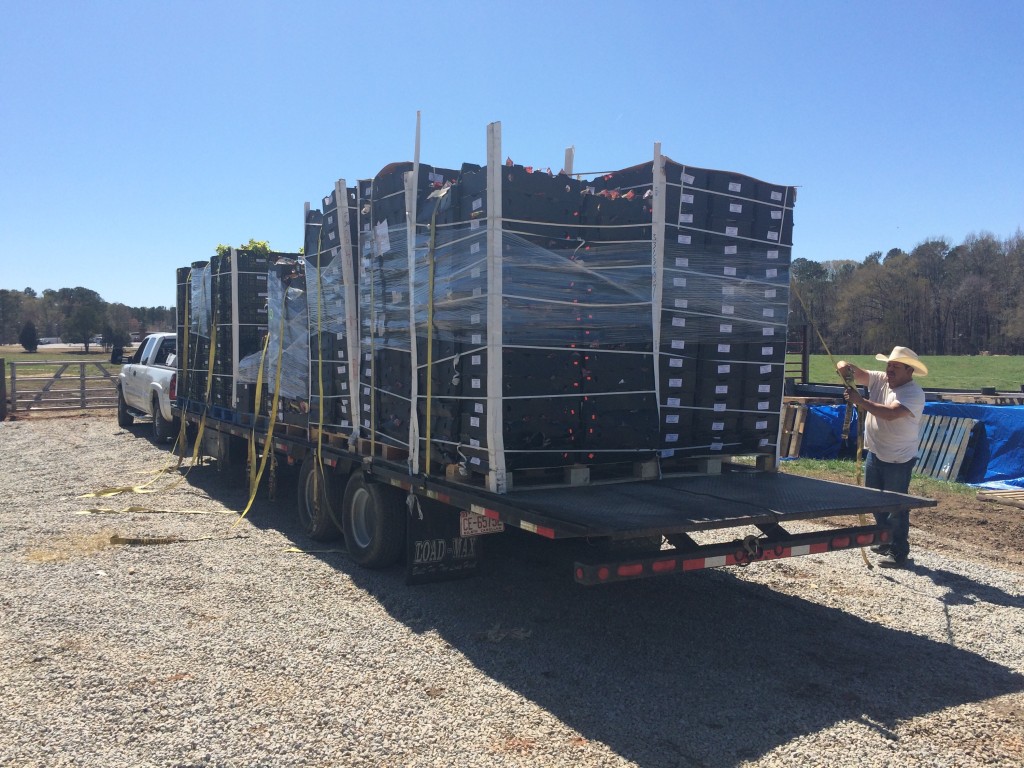 I know our tractor cannot pick up 2300 pounds because that’s what one of our bales of cardboard recycling weighs and the back end lifts right off of the ground when we try. With a  pallet of produce, the back tires are barely touching the ground and often as not we walk the pallet standing on the front tires only. I’m going to guess that means an average pallet weighs about 1200 pounds which is relatively conservative. That takes into account the half pallets we receive in the mix. 1200 per pallet is a good average.

We go the market 365 days per year. Often in the summer we make 3 or more trips per day. In the winter, we can usually make it in one trip. Our normal trailer hauls 9 pallets when fully loaded, but we often have to pull out the big trailer which hauls 18 pallets. All in, it looks like we’ll average throughout the calendar year 20 pallets per day, every day.

24,000 pounds per day x 365 days per year = 8,760,000 pounds per year, or 4380 tons per year. That means that we are diverting nearly NINE MILLION POUNDS of produce from the landfill and into either our animals or our soil. No wonder we are tired all the time.